Welcome to the third installment of the 2014 Bobby James Awards. This post will serve as a celebration of music – so get your comments ready (for below) and pull up your iTunes or Google Music account, because I have a feeling there will be a great deal of music in my Top 50 that you’re unfamiliar with…

Bastille experienced US and cross-over success in 2014. The breakout London-based band has had a lasting hit (“Pompeii”) on the radio and has been used in promotion/in connection with the DreamWorks animated film Peabody and Sherman. Undeniably, Bastille has made a name for themselves with American audiences. Their second album, All This Bad Blood, has earned Bastille a notable following, as it re-issued previously released tracks (“Pompeii) with new, original work (“Laughter Lines”) and covers of some celebrated and known songs like “Of the Night” (the Euro-Dance hit by Corona) and “What Would You Do” (originally made popular by City High). 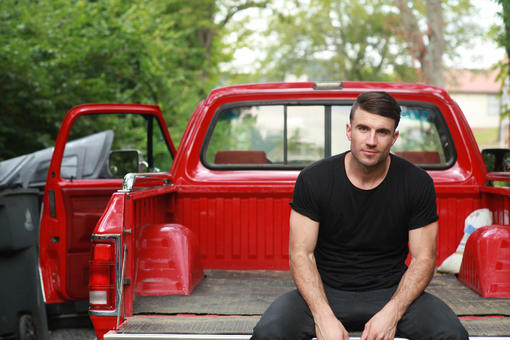 Never before has a debuting artist earned an “artist of the year” category, but Sam Hunt has done something different. With his debut album Montevallo, Sam Hunt pushes the boundaries of country music. His unique blend of spoken/rapped verse and tender vocals, have him poised to become the next big country star. What’s better? Hunt, has a distinguishable voice that separates him from the plethora of similar-sounding, party-anthem wielding men of country. He has crossover appeal and could easily foray into soul/r&b, pop or jazz. 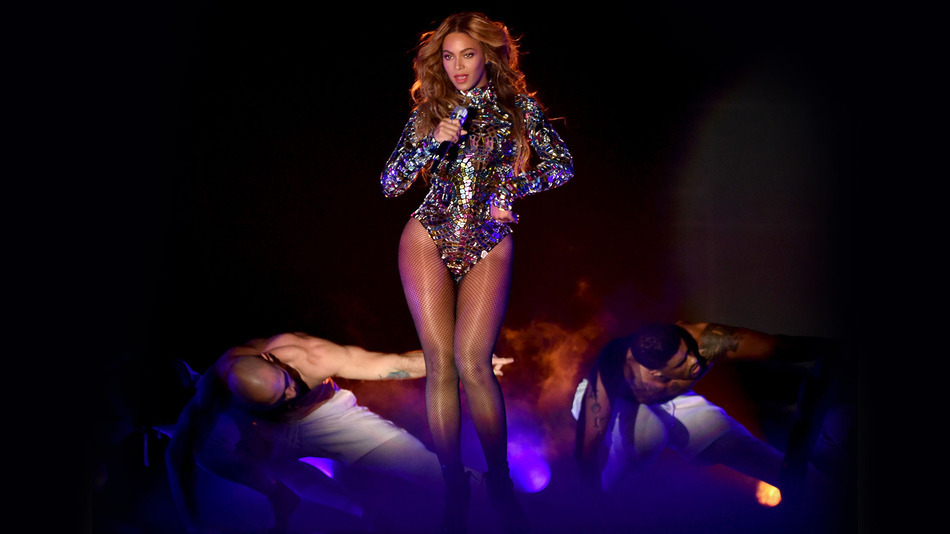 With a surprise album (Beyoncé) dropping at the end of 2013, Beyoncé was poised for success in 2014. Touring or not, “‘yoncé” was one name on your lips. From the elevator scandal involving her husband Jay Z and sister Solange, to rumors of divorce and pregnancy, “Beyoncé” saturated popular culture. Not to mention, she released several abstract – and wildly sexy – music videos and found great success with hits like “Partition,” “Pretty Hurts,” “7/11” and “Flawless (ft. Nicki Minaj).” With Queen Bey quietly atop the throne in 2014, it was hard for other women to compete.

Following a one-year delay and her emergence from an assault and court battle with her ex-manager, Romanian dance vocalist Alexandra Stan (“Mr. Saxobeat,” “Lemonade”) announced her second album, Unlocked, for release in 2014. Stan joined an anti-violence campaign and released, “Thanks for Leaving,” as her return anthem. The catchy beat was followed by easy-to-envision club tracks like “Cherry Pop,” “Dance,” “Give Me Your Everything” and “Vanilla Chocolat.” In addition to Stan’s dramatic return single and music video, she’s produced several futuristic and boldly bright music videos (my favorite’s for “Give Me Your Everything,” which has a 70s Sci-Fi feel). Welcome back Mrs. Saxobeat!

A cappella group Pentatonix takes the “pure vocal” crown this year with their holiday album, “That’s Christmas To Me.” Their pure, soaring and impressive vocals were unmatched by anyone in music, especially on tracks like “Mary Did You Know?” and the “White Winter Hymnal.” In 2014 alone, Pentatonix released 5 albums/cover albums. Their body of work has grown to include songs like “Say Something” and “Royals,” and with each release, they stamp their signature vocals on every track and offer a unique perspective.

Forty-two(!) albums into her career (Blue Smoke) and Dolly Parton is still raking in recognition. Perhaps because of her sweet vulnerability and signature voice or quite simply just because of her ability to write songs people want to sing. Whatever it is – Dolly’s still got it, ’cause she never lost it. In my opinion, she’s still reigning over country music – and producing/releasing singles and albums that are on par, if not better, with her peers and counterparts. Dolly Parton is an icon in the music industry and tracks like “Blue Smoke,” “Unlikely Angel,” “Miss You-Miss Me,” “Lover du Jour,” and “Banks of the Ohio” showcase exactly why. 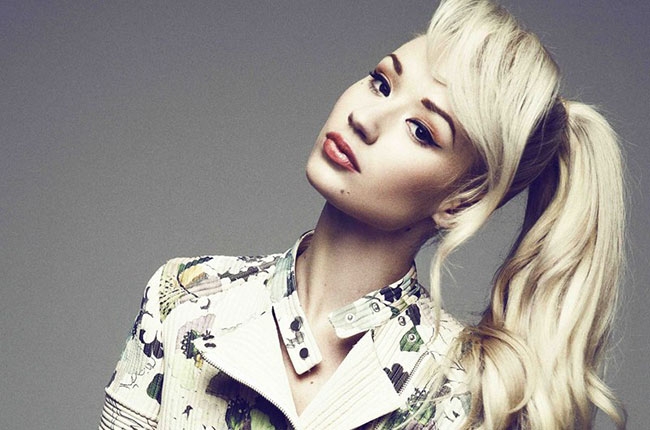 Australian rapper and model, Iggy Azalea dropped her debut album The New Classic in April. Before and after it’s anticipated release, Azalea was establishing her superstar status with modest successes “Work” and “Bounce” before blowing up with “Fancy” (f. Charlie XCX) and “Black Widow” (ft. Rita Ora). She’s clashed publicly with several rap superstars (most notably Snoop Dogg) on her way to becoming the talk of the town (“Booty” video with Jennifer Lopez, anyone?). In November, she dropped Reclassified and had collaborated with Jennifer Hudson (“Trouble”), T.I. (“Change Your Life”) and Ellie Goulding (“Heavy Crown”), while releasing “Beg For It” (ft. MO). I don’t think debut years come any bigger than this…I-G-G-Y.

Tell me you haven’t heard “Stay With Me” or “I’m Not the Only One” from British artist Sam Smith – and I’ll say you’re lying. Maybe you’ve heard “Lay Me Down” or “Money On My Mind?”  You may not be totally familiar with his name/image – but you will be. He’s got one of the most distinctive voices on the radio – and he dominated the pop conversation in 2014 with his soaring vocals and revelation of sexuality. What’s even more amazing? He’s just beginning, In the Lonely Hour, is his debut album and he’s netted 6 Grammy Award nominations including Album, Record and Song of the year! Un-touch-able.

Fall Out Boy followed up their smash hit from 2013 (“My Songs Know What You Did In the Dark”), with even more commercial – and catchy – success. From their lead single (“Centuries”) off their upcoming album American Beauty/American Psycho, to their collaboration (“Immortals”) with Marvel and Disney for Big Hero 6, the band experienced increased visibility and attention. If “Centuries” is any indication, Fall Out Boy seems poised for another great year.

Every fan of country music has a fantasy – and that’s for the pairing of friends Miranda Lambert and Carrie Underwood. For this duet, Lambert and Underwood embraced their bad girl sides to deliver a song that’s like a “real-life Thelma and Louise.” In order to fit in – or to outshine – or to even make a mockery of “bro-country” music, Somethin’ Bad’s lyrics and music video resemble Ridley Scott’s 1991 feature Thelma & Louise. Some have questioned the meaning of the song, which runs less than three minutes – others have seen it’s value after spending a year listening to Underwood and Lambert talk about inequality in country music. Remember when Carrie Underwood said men can sing about beer and partying, while all sounding similar and having a hit? She said girls had to work harder to make music – to stand out – and to be distinct. “Somethin’ Bad” shows girls can be vague and have a hit, too!

Music Video of the Year: “Partition (Explicit Video)” by Beyoncé

The unannounced album Beyoncé has proven to be quite the success for Queen Bey. From the album came this exceptional – and wildly sexy – music video. Where other artists try to go – Beyoncé goes with ease and grace. “Partition” is a fluid experience filled with reflective surfaces, draping gold and elaborate costuming, an awesome blend of choreography and lighting effects and female empowerment. Beyoncé owns her sexuality – and everything she does, it might sound like it’s for him, but it’s really for her. The staged fantasy aspect is a nice touch as well – it begs the question: Why did Beyoncé ever step away from acting? …and do we even need to talk about the exquisite silhouette? Nope.

Runner up: (tie) “Booty” by Jennifer Lopez and Iggy Azalea, “Give Me Your Everything” by Alexandra Stan

Album of the Year: In the Lonely Hour – Sam Smith

Sam Smith’s debut year has been fantastic, to say the least. His album, In the Lonely Hour (Deluxe Version), has spawned many popular hits like “Stay With Me” and “I’m Not the Only One.” His songs are sure to be well-known – and this album will have staying/lasting power. He will become the male version of Adele – and when history looks back to the first fifteen years of the new millennium, a new – and better – British Invasion will be noted and discussed. Because of this album – and his soulful pop voice and knack for ballads – Sam Smith will be one of the artists mentioned. Now the wait comes for the follow-up.

“Laughter Lines” debuted in January 2014. Upon first listen, I knew this was something great. I took to social media and declared that this song would finish in the top 5, if not at the top of my year-end list. Here we are – and here is Bastille’s beautiful song about two people sharing a lifelong love together. It’s a poetic telling that, upon first listen, has a futuristic intro, but that gives way to lyrics and vocals that present a sort of longing happiness. If you have not heard this song…get back to me when you do.