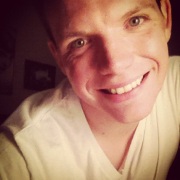 Hello there everyone!  I’d first like to begin by thanking you all for the flood of birthday wishes today! What a fantastic day it was to cap off a busy weekend!

It really began on Friday night when all four of my nieces and nephews (Jamie, Cody, Molly, and Lucas) were crashed in the living room floor!  Saturday began with Cody’s fourth birthday party! The party gave me a chance to connect with the entire family this weekend.  I even received a couple [early] birthday cards of my own and a brand new ATARI from my Momma.  Hopefully she’s ready to be schooled in about all sixty pre-loaded games.  Yeah, I’m pretty excited about that one.

Saturday night – Kacie, Lachelle, and I took Teresa to her first drag show at Shameless Grounds in Soulard.  The show was hosted by and featured the first drag queen I’d ever seen (Siren).  I thought Siren’s eccentric and somewhat outlandish ways would be good first-time viewing for Teresa – little did we know, Pinko, another performer would be hot on Siren’s heels as a show-stealer, though Siren threw out some great comedy that kept us all laughing!  I was branded by the barista as a “double fister” when Teresa ordered me a Caramel Macchiato and Kacie ordered me a White Chocolate Screamer (vanilla shake with white chocolate syrup) – happy birthday to me, happy birthday to me… drink for each hand!

Sunday, my actual birthday, was super fantastic! Woke up to the smell of fresh ground and brewed Kona coffee and fresh-baked Cinnamon Rolls. (mmmm!).  Then Cody helped me open my gift from Aunt Charlene and Uncle David, which was a pretty cool wall decor film reel/strip (fits perfectly with the Hollywood/Movie theme).  After that, it was off to play Tennis – mixed doubles.  Lachelle and I teamed up to take on Josh and Lauren.  We won!  And I scored Match Point! That was exciting… Wait, they didn’t let me win because it was my birthday, did they?  Guess a re-match is in store to find out!

Finally, to cap off the weekend, Josh, Lauren, and I went to see The Campaign starring Will Ferrell and Zach Galifianakis.  Might I just say, it’s good for a few laughs … okay, maybe a bit more than a few.  It’s a satire on American politics.  Ahhhh, funny movie.  I wonder how people would really react to some of those situations, or even just how would they react to a politician punching a baby! I’ve gotta say, it’s good for a few ideas too… I wonder if putting a lightning bug on your butthole would really make your farts glow…?

Anyhoopla, this was one jam packed weekend, but at least it was full of good times and laughter! The way every birthday should be! Thanks again y’all for the b-day wishes!