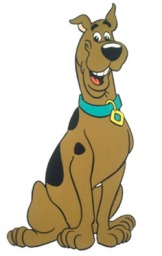 UPDATE 10/31/2012:  The tentative title for the Warner Brothers-WWE Scooby Doo project is Scooby Doo:  The Curse of the Ghost Bear.

Announced this week, World Wrestling Entertainment will partner with Warner Brothers to produce a new Scooby Doo animated feature.  The feature will focus on a mystery surrounding WrestleMania and will employ the vocal talents of current WWE Superstars Triple H, John Cena, Brodus Clay, The Miz, Santino Marella, Sin Cara, and Diva AJ Lee.  Of note, AJ Lee will be the WWE’s first female talent to star in a WWE Studio’s film.  The target release date for the project is scheduled for a 2014 straight-to-DVD release.

As of this writing, the tentative plot is that Shaggy and Scooby win a pair of tickets to see WrestleMania, prompting the team to travel to WWE City in the Mystery Machine.  A mysterious ghostly bear appears and threatens to ruin the entire show.  Daphne, Fred, Velma, Shaggy, and Scooby must then work with WWE Superstars to solve the crime and unmask the bear.

In other entertainment/casting news, it was announced today that former Xena and Spartacus star Lucy Lawless will star in multiple episodes of NBC’s Parks and Recreation.  For those unfamiliar with Lawless, she gained notoriety as Xena, Warrior Princess which aired from 1995-2001.  Recently, the New Zealand native reinvented herself and gained popularity from her role as Lucretia on the hit Starz series Spartacus (2010-2013).  As Lucretia, Lawless played one of the most complex characters of the series, surviving three seasons (Season 1: Blood and Sand, Prequel Season: Gods of the Arena, Season 2: Vengeance) before being killed off in the Season 2 finale.  For Parks and Recreation, Lawless will play a single mother named Diane, who becomes the love interest of Ron (Nick Offerman).

Finally, Walt Disney Studios announced Thursday that The Avengers sequel has been given an official release date of May 1, 2015.  The second installment of the franchise will be directed by the returning Joss Whedon.  The release date announcement rounds out Disney-Marvel’s second phase, which includes:  Iron Man 3 (May 3, 2013), Thor: The Dark World (November 8, 2013), Captain America: The Winter Soldier (April 4, 2014), and Guardians of the Galaxy (August 1, 2014).

For those of you who may be unfamiliar, the Guardians of the Galaxy are a team of superheros from the 31st Century.  In the original comics, they appear and ultimately team with The Avengers for a final, epic battle.  The concept art for Guardians was revealed at Comic-Con in July 2012.  Also, following the success of The Amazing Spiderman, there has been chatter of possibly adding the web-slinging superhero to the Avengers franchise, but no official announcement on Spidey’s inclusion has been made, though the release date for The Amazing Spiderman sequel is scheduled for May 2, 2014.