10/30/2012 UPDATE:  Beth Phoenix finished her WWE run last night on RAW in an angle where she was fired by Vickie Guerrero.  In an exclusive interview with WWE.com, Phoenix promised fans it wouldn’t be the last time they’ll see her, but that she doesn’t know what’s next.

Rumors are running rampant that October 2012 will mark then end of the reign of the “The Fabulous Firebird,” aka “The Glamazon” Beth Phoenix in WWE.  Late this summer, news surfaced that Phoenix suffered a family loss, resulting in her multi-week absence from WWE programming.  This loss and the underutilization of her character by WWE’s creative and booking department are quite possibly primary factors influencing The Glamazon’s decision.  Her departure from WWE would follow the alarming trend of disappearing Divas, which this year alone has included Maxine, the Bella Twins, and Kharma.

Beth Phoenix (born Elizabeth Kocianski Carolan) debuted at the end of “The Golden Era” in 2006.  Initially, Phoenix was supposed to be an ally of Trish Stratus’ in her feud with Mickie James, one of the longest running women’s programs ever.  This was a big debut.  Unfortunately, Phoenix’s debut was short-lived once her mandible was fractured in the ring with Victoria on an episode of RAW.  She would spend the next year undergoing surgeries and back in WWE’s [then] developmental territory, Ohio Valley Wrestling. 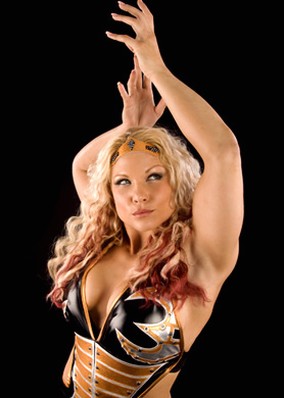 In 2007, “The Glamazon” re-debuted positioned as a dominant-Diva and was pushed to challenge Candice Michelle for the Women’s Championship.  Phoenix won the WWE’s most historical title at No Mercy and moved on to feud with established wrestlers Mickie James and Melina.  During these feuds, Beth Phoenix showcased a powerful arsenal and won the first-ever women’s “I quit” match against Melina at One Night Stand.

The Glamazon’s undoing, however, really began in 2008 with the formation of “Glamarella.”  Phoenix answered an open challenge by male wrestler Santino Marella, in which she defeated him.  She and Marella would go on to form an odd-couple, under which she would capture her second Women’s Championship.  But the story grew stagnant at the expense of both careers, and would ultimately culminate in Glamarella’s split and Beth Phoenix being traded to Smackdown.

In January 2010, many fans expected to see the resurgence of “The Glamazon’s” career when she became the second woman ever to compete in WWE’s Royal Rumble.  In fact, for a brief while, Phoenix competed on Smackdown with the likes of Mickie James, Michelle McCool, Layla El, and third-generation wrestler Natalya Niedhart.  With the legitimate division and championship on WWE’s B-show, it was only a matter of time before Beth Phoenix would capture her third Women’s Championship, which she did in an “Extreme Makeover” (semi-hardcore) match against Michelle McCool at Extreme Rules.  Unfortunately, a week into her reign, Phoenix tore her ACL, resulting in dropping the championship back to LayCool, which she did in the first-ever Women’s Championship Handicap match (Layla pinned Phoenix).  The injury left Phoenix out of action until November 2010.

Upon her return, Phoenix and Natalya formed an alliance to combat the still-reigning, “Mean Girls” LayCool stable.  By the time Phoenix had returned, though, there was one certainty, she’d never be Women’s Champion again.  WWE symbolically had LayCool tear the belt in two before retiring (unifying it with the Diva’s Championship) the title.  The Beth-Natalya alliance was short-lived but saw them collide with LayCool in the first-ever Women’s Tag Team Table match, which they won.  Phoenix’s alliance with Natalya wouldn’t be revisited until the end of 2011, when the two formed the “Divas of Doom,” a stable with the primary goal of making WWE’s Barbie-Doll-Divas cry.

Under the “Divas of Doom” umbrella, Phoenix challenged [then] Diva’s Champion Kelly Kelly on several occasions before finally claiming the championship at Hell in a Cell.  She would carry the title and endure its second longest reign since its creation in 2008.  But by the time Phoenix would drop the title, WWE had dropped “Divas of Doom” and she once again found herself on back-burner territory.

On paper, Beth Phoenix has enjoyed a tremendous career.  She debuted at the end of the top period of women’s wrestling and was part of several milestones.  She enjoyed a total of four championship reigns (tieing the recognized reigns of both Lita and The Fabulous Moolah).  However, Phoenix’s career is fairly hollow.  From 2006-2008, she received prime booking and was part of a group of women that could have brought a second-coming of the “Golden Era,” but The Glamazon’s arrival coincided with WWE’s shift to TV-PG which ultimately saw women’s roles trivialized and minimized.

During her time with WWE, a few notable past women were vocal about wanting to work with Beth Phoenix.  Legendary female wrestlers Trish Stratus, Lita, and Alundra Blayze (Madusa in WCW) were vocal in their support of Phoenix’s work and their desires to work programs against her.  Blayze, who was most famous for dropping the WWF Women’s Championship in the trash on Monday Night Nitro (during the ratings war between WWF and WCW), was vocal about wanting to return to work a program and ultimately drop the original championship to Phoenix.  Seven-time Women’s Champion and arguably WWE’s most golden girl, Trish Stratus all but begged to work a full program, with the intent of putting over someone new and passing the proverbial “torch.”

WWE never capitalized on those opportunities.  Nor did they capitalize on would-be-draws Natalya vs. Beth, which could have been a hot feud heading into WrestleMania after the “Divas of Doom” split.  It was teased, but never delivered, just like the heavily rumored Trish/Lita vs. Divas of Doom WrestleMania match.  The Nickelodeon, soap-opera writing staff even missed the opportunity for what could have been the biggest money match in women’s wrestling: Beth Phoenix vs. Kharma, a match that will likely never come to pass in WWE (since they released Kharma and Phoenix is on the way out).

With the exception of her initial booking, Phoenix experienced periods of dominance.  But her character was ultimately damaged while feuding with, and losing cleanly to Kelly Kelly in multiple 3-5 minute matches.  Phoenix reached what some would call “jobber” status, as evident by her many losses to less credible female wrestlers (Kelly, Bella Twins, etc.), and through the burial she and Natalya received as the “Divas of Doom.” Unfortunately, WWE’s failure to commit to developing and maintaining a solid Women’s Division hurt Beth Phoenix, despite her repeated vocalizations of her desires to propel the division forward (she wanted to be booked in a ladder match and ultimately as a challenger to the WWE Championship). 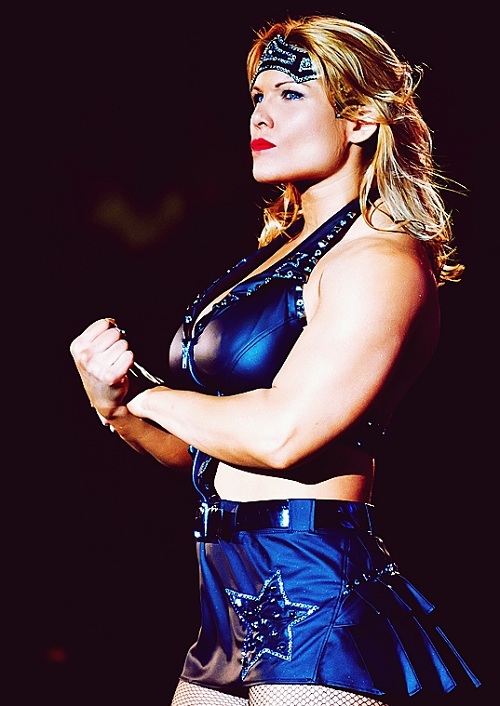 Perhaps it seems a late-summer family death has awakened the Fabulous Firebird and she’s realized that the reward for such sacrifice simply isn’t there.  So when the time comes for her to say goodbye, it will be a sad day for women’s wrestling (most notably, WWE’s ailing Diva’s Division).  Future history will probably show Beth Phoenix was ahead of her time and struggled in an era not suited for a woman like her, but who knows, maybe one day in the future, the Phoenix will rise again.