Ladies and Gentlemen!  May I present to you the first portion of The 2012 Bobby-james Awards.  This year marks the eleventh year I’m presenting Bobby-james Awards for Best of the WWE.  I’ve added some categories and consolidated Superstar of the Year since the brand extension officially ended in 2012.  These are the awards the people in WWE should be hoping to win – who needs a Slammy anyway? … Now, may I have the envelopes please….

After Jerry “The King” Lawler suffered a heart-attack on a live episode of RAW, JBL came back to WWE as a “fill-in” for The King.  Soon after he inked a new deal with WWE, earning a spot at the announce table.  Since his return, JBL has left fans with plenty one-liners (or zingers) while he takes Michael Cole to task.  (2011 Winner:  Michael Cole) 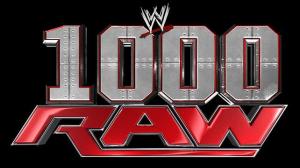 The real “Show of Shows” this year came straight from my home – St. Louis.  WWE Monday Night RAW celebrated its 1,000th episode with a star-studded line-up of past and present WWE Superstars, Divas, and Legends – including The Rock, Lita, DX, Trish Stratus, Brock Lesnar, and many more.  RAW 1,000 was also the night WWE Champion CM Punk made a surprising heel turn against “The Great One,” which ultimately set up their rumored Royal Rumble match at the next WWE PPV.  (2011 Winner: n/a)

Valet of the Year:  Vickie Guerrero

“Excuse me” – need I say more?  It’s hard to deny Vickie a spot at the top when she was the most consistent and efficient valet (to Dolph Ziggler) throughout 2012.  She lied, cheated, and basically stole – in turn, her client ended up having a very impressive year.  What’s more?  Vickie Guerrero commands (and has commanded) considerable air-time on WWE television over the past year, and she’s a “heat” magnet – I mean, this woman opens her mouth to inhale and fans boo her out of the building … job well done.  (2011 Winner: n/a)

Tag Team of the Year:  Team Hell No

WWE has recently put a significant amount of work into re-establishing their Tag Team Division.  That said, among all the tag teams to emerge or be used, none were more entertaining, or as dominating as the duo of Daniel Bryan and Kane, collectively known ast Team Hell No.  Together, Bryan and Kane have engaged in “couple’s theraphy” and held the WWE Tag Team Championships for a significant part of 2012.  (2011 Winner: Air Boom – Evan Bourne, Kofi Kingston)

Rookie of the Year:  Damien Sandow

It’d be hard to argue that anyone had as much of a breakout year as our “Intellectual Savior” Damien Sandow.  Sure, his gold has been non-existent, but he’s challenged for championships and formed one of the fastest rising Tag Teams with Cody Rhodes, The Rhodes Scholars.  Sandow has not only commanded screen time on WWE programming, but he’s received consistent reactions from the crowds and is a very solid in-ring technician.  His arrogant and flamboyant personality will carry him well into 2013.  (2011 Winner:  Kharma)

Return of the Year: Paul Heyman

I’m pretty sure every fan of wrestling had their mouth hanging down to the floor when the one and only Paul Heyman returned to WWE television.  It’s a sight many of us thought wouldn’t come to pass again – seems the old saying stands, “never say never, especially in the WWE.” It wasn’t long after his return that Heyman went from feuding with Triple H and Stephanie McMahon, while managing Brock Lesnar, to being aligned with the “voice of the voiceless” CM Punk. (2011 Winner:  The Rock)

Moment of the Year: Kharma as the #21 Entrant into the Royal Rumble 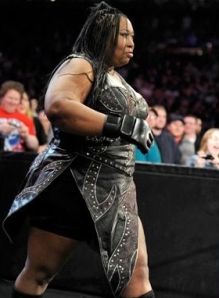 It’s always a special moment when something unexpected happens in the oft-predictable world of WWE.  Perhaps the biggest shocker, and best-kept secret of the year was Kharma’s surprise return as an entrant into the 2012 Royal Rumble – making her only the third woman to ever compete in the event.  As a participant, Kharma eliminated two people and landed an Implant Buster on Dolph Ziggler before being eliminated herself.  Unfortunately, last year’s Rookie of the Year was released from her WWE contract soon after – but that doesn’t make the moment any less exciting or memorable. (2011 Winner: CM Punk’s “Pipe Bomb”)

Most Improved Wrestler of the Year:  Wade Barrett

Barrett spent a good part of the year on the injured list – but when he returned, he did so better than ever with a new catchphrase (“Barrett Barrage”) and finisher.  Barrett launched a (so far unsuccessful) feud with Intercontinental Champion Kofi Kingston and debuted a more aggressive-brawler style.  If he can stay healthy, Barrett may find himself on the up-and-up over the next year.  (2011 Winner:  Justin Gabriel)

Feud of the Year:  Vickie Guerrero vs. AJ Lee

The feud of the year spanned a great part of the year and included everything from Guerrero calling Lee a psychotic little girl, to exposing “the AJ Scandal,” which cost the wee Diva her position as RAW General Manager.  In the process, Guerrero returned to power in the WWE as RAW’s Managing Supervisor.  Everything came to a head on RAW when Vickie defeated AJ in a match officiated in controversial Brad Maddox-fashion.  Fresh off a loss to Vickie, AJ decided a little retribution was in order – the next week she laid an intense lip-lock on Dolph Ziggler.   (2011 Winner:  CM Punk vs. John Cena)

Suicide dives, “holy shit” moments, sweat, near-falls, submissions, crowd interaction, etc., etc.  You name it, this match had it.  Two of WWE’s best in-ring competitors locked up and left it all in the ring in this edge-of-the-seat nail-biter.  Now, can we get this to become a full-fledged feud for the WWE or World Championship?  These two in one program would be …. epic. (2011 Winner:  CM Punk vs. John Cena – WWE Championship Match – Money in the Bank – July 17)

Diva of the Year:  Eve Torres

Two women dominated the Diva’s scene in 2012 – AJ Lee and Eve Torres.  While some could argue that AJ had the bigger year, few can argue with Eve’s accomplishments.  Eve has been equally as visible on RAW and Smackdown, crossed-over to a reality competition (Stars Earn Stripes) on NBC, and captured her third Diva’s Championship.  She’s drastically improved in the ring and has one of the most definable characters in the WWE – did I forget to mention the massive heat she received earlier this year while involved with John Cena and Zack Ryder (“Hoeski” chants ring any bells?). (2011 Winner:  Trish Stratus)

Superstar of the Year:  AJ Lee 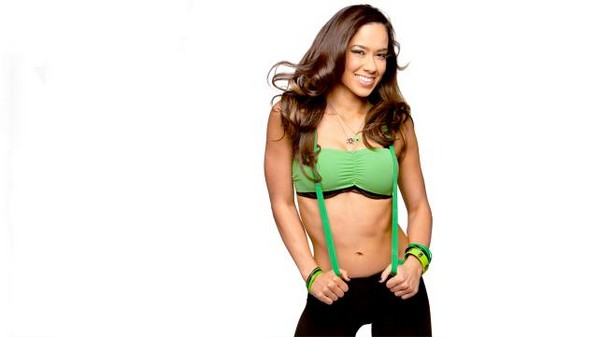 I’m not going to lie, this was a tough category to decide – we have CM Punk whose reigned over the entire year as WWE Champion, we have Dolph Ziggler who’s wrestled impressive matches and captured a Money in the Bank briefcase, Daniel Bryan who’s been wildly entertaining and visible, and then we have AJ Lee, a woman whose profile in WWE has skyrocketed.  She was visible as Daniel Bryan’s girlfriend before moving into her “crazy chick” persona, put CM Punk through a table, courted Kane, was the General Manager of RAW, defeated greats like Beth Phoenix, opened RAW, and was featured on WWE programming as much as, if not more, than John Cena.  AJ has been the most visible superstar over the last year and the fans love to love her crazy ass.  The only thing that would have made her year sweeter would be a championship, then again, she rode high above the struggling Diva’s Division all year.  WWE invested in her more than any Diva since Trish Stratus or Lita and that’s why AJ Lee is the second woman (Stratus was the first in 2006) to be named Superstar of the Year.  (2011 Winner:  CM Punk – RAW / Cody Rhodes – Smackdown)

There you have it, the first installation of the 2012 Bobby-james Awards.  Agree or disagree with the selections?  Let me hear you. And don’t forget to check back Thursday for the Best of IMPACT Wrestling!