Welcome back to The Bobby-james Awards.  The last installment which marked what I thought was the best of the WWE caused a bit of a stir – so let’s see if what I’ve got for Impact Wrestling does the same.

Commentator/Announcer of the Year:  Christy Hemme 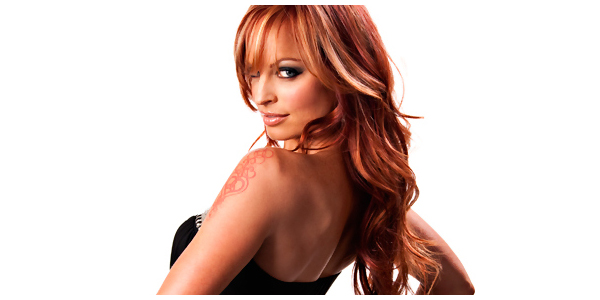 Unlike the WWE, the “voice” of this company doesn’t sit at a desk and do commentary.  Christy Hemme has developed into one of the best ring announcers in professional wrestling.  She has a rich, sultry voice – she finally stopped adding “aaaa” to the end of everyone’s names – and did I mention she has legs that go on forever?  When it comes to commentary or announcing, Christy Hemme is the voice to beat.

Tag Team of the Year:  Aces and Eights 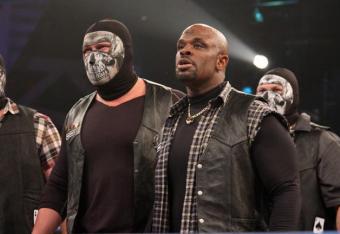 Technically, as a tag team, they’re unaccomplished, but this tandem of masked men has wreaked havoc on the Impact Zone this year.  It was revealed that Devon was one of the orchestrators of this dominant faction, which gained its second unmasked member in Luke Gallows.  Together they’ve taken on greats like Sting and Hulk Hogan, and virtually any other member of the TNA roster.  One can only wonder when they’ll take the Tag Team Championship gold.  It’s likely going to happen, but when? Or will there ever be a female member of the group?  Maybe they could dominate the entire championship scene – who knows.  But in the meantime, I don’t think there’s any disputing this choice – TNA hasn’t really been home to an amazing tag team division recently and the ones that have come through this year are highly forgettable (Samoa Joe/Magnus or Crimson/Matt Morgan – anyone remember?) 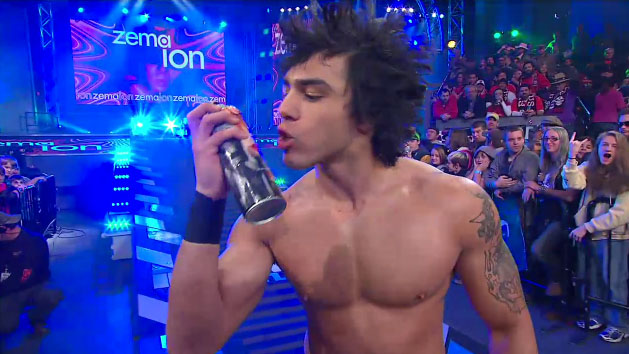 The hairspray wonder had the X-Division on lockdown this year after Austin Aries left for the World Championship/main event scene and my last year’s “rookie of the year,” Jesse Sorensen, was injured with a severe neck injury.  Ironically, Sorensen was battling Ion when it happened.  But that’s neither here nor there, Zema Ion has been one of the most entertaining and consistent in-ring X-Division stars this year, and had a lengthy Championship reign to prove it.

Rookie of the Year:  Joey Ryan 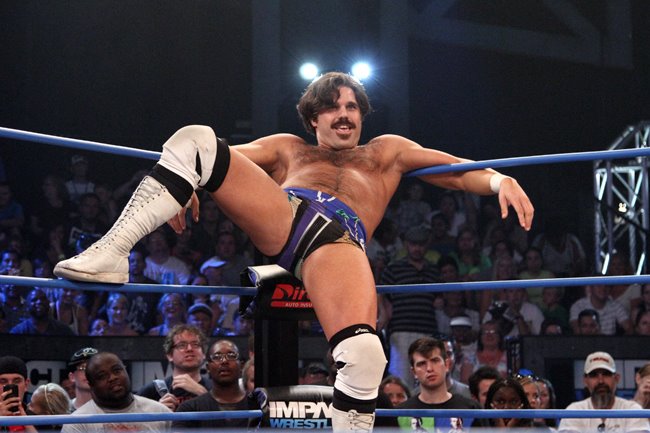 Did any other wrestler not named Joey Ryan, from the “Gut Check” series, make such an impact this year?  No.  Joey Ryan is not only impressive on the mic, but he has a nice repertoire of in-ring skills, and is by far the best character in professional wrestling.  He has it – and it is a 70’s-esque porn star who oozes sleaze from every pore in his body.  He’s the kind of heel wrestling fans love to hate, and in the often watered-down world of professional wrestling today, his vulgarity is a breath of fresh air – unless he smells like cheap cologne…

Wrestler of the Year:  Austin Aries 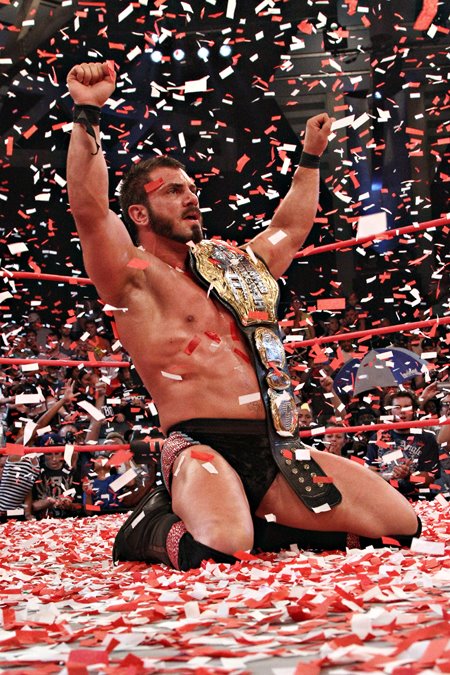 It’d be hard to argue that anyone had a bigger year in TNA than Austin Aries.  He transitioned from the X-Division scene to the Main Event with ease, is one of the best in-ring workers and talkers, and went from face to heel.  In terms of the last twelve months, Aries is Impact Wrestling gold.

Knockout of the Year:  Gail Kim 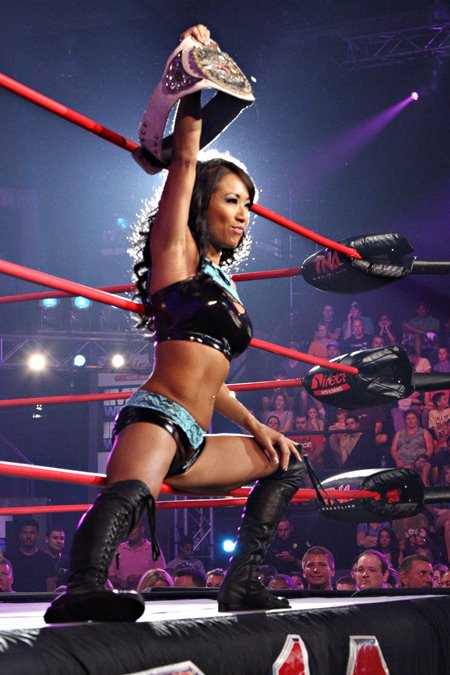 This year, Gail Kim (the inaugural Knockout’s Champion back in the day) broke the record for longest Knockout’s Title reign and held a Knockout’s Tag Team Championship, making her the it girl in Impact Wrestling.  Sure, Brooke Tessmacher had a break-out year, and Tara reclaimed her throne and shattered a glass ceiling for age-limits and women’s wrestlers, but Kim was a prominent figurehead for the Knockout’s Division, which has seen better days.  It wasn’t until the year began winding down that Kim started taking a back seat to women like Tara, Tessmacher, and Mickie James.  But take one look back at the Knockout’s Division this year, and Gail Kim will likely be at the front of your mind.

There you have it, the BEST OF IMPACT WRESTLING.  Comments and thoughts are always welcome and check back next week for the Top 50 Songs of 2012 and The 2012 Bobby-james Awards: Music.