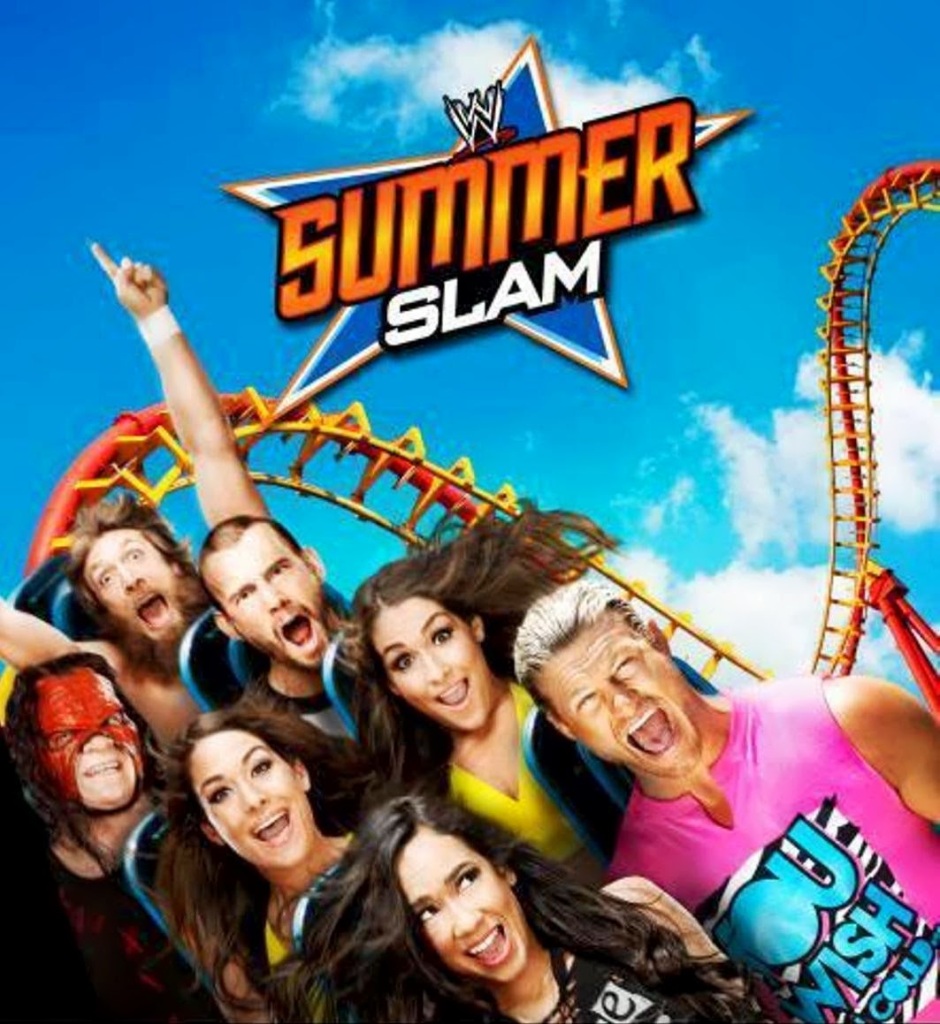 Live from the “City of Angels,” WWE will host its 26th annual SummerSlam pay-per-view event on Sunday, August 18 – and the card is stacked, from the pre-show to the main event.  Here is an up to date match listing and my predictions for the summer’s biggest party.

Since returning to the WWE, Rob Van Dam has been on a roll, though the build-up between RVD and the Shield’s leader, and reigning US Champion, Dean Ambrose has been pretty weak.  Still, RVD didn’t resign with WWE to flirt with the main event and not be at least a mid-card champion.  Even so, RVD doesn’t need the championship like Ambrose does. 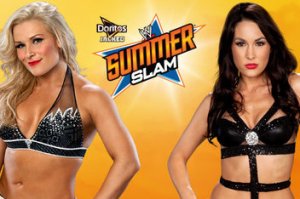 Both women are featured on WWE and E!’s hit reality show Total Divas.  Their tension has been teased behind the scenes, and WWE recruited Extra‘s Maria Menounos to compete alongside Nattie against Brie and Total Divas co-star, and rookie Diva, Eva Marie at the SummerSlam Axxess event.  The build to this match has been done through the reality show, backstage vignettes, and where most Diva feuds escalate – on twitter.  That said, Nattie and Brie are both strong workers, so this could be a decent match – with time, and without the involvement of all the other Total Divas who will be ringside.  With a recent victory over Diva’s Champion AJ Lee, Nattie seems poised for a push.

The former tag team partners (The Rhodes Scholars) will collide in what should be a potential show-stealing bout!  Rhodes has a wrestling pedigree and Damien Sandow is gold in the ring.  No matter who wins, one thing is certain, wrestling fans aren’t going to lose.  I have to give a slight edge to the Money in the Bank winning Sandow though, as Rhodes has had the upper-hand for most of their brief rivalry – though Rhodes needs this win. 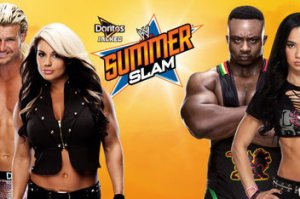 Kaitlyn and the Diva’s Champion AJ Lee have been engaged in a feud built on years worth of personal relationship and months of intense battle over the Diva’s Championship.  This Sunday, AJ Lee is the only common denominator – as she’s been affiliated with all three of the participants.  Dolph is her former beau, Big E is her best friend, and Kaitlyn is her greatest threat.  AJ is by far the most over person in this contest and one of WWE’s biggest, most featured stars – her crowd-reaction is only rivaled by Dolph Ziggler. Still, I can’t see the victory going to the champ – she’ll need a competitor come Night of Champions in September – and this match should either guarantee that it will be Kaitlyn, or the previous match involving Divas should push forward a new number one contender.

Since making their debut, the Wyatt Family has been unstoppable; Kane has been their target.  SummerSlam marks Bray Wyatt’s debut match (under the Wyatt name) and he’s hoping Kane will “follow the buzzards.”  Still, I think the momentum is too great for the veteran star to overcome, even if he has a proven track record in inferno/fire matches.  It should be an exciting contest, but I suspect someone may run the risk of getting burned – so I’m sure there will be a spot where fans react simply with a chant of “holy shit.”

Since taking the title off Dolph Ziggler, Del Rio has been overly aggressive in the ring.  He’s been a strategic champion, targeting and hammering body parts of his opponents.  Christian, fresh off of an injury return and a “one more match” campaign, will find himself in danger – and his shoulder at risk.  Del Rio isn’t my favorite star, but as a heel, he’s definitely doing his job and proving his worth as a champion, in what I think is his best title run ever.  I don’t see Christian being able to conquer Del Rio, but hey surprises are possible, just unlikely – and I think it’s too soon for Del Rio to be relinquishing the gold.

This match featured two “Paul Heyman guys” and two of WWE’s most underrated, yet popular, established stars.  I’ve been vocal about not supporting Brock Lesnar, I can’t stand the guy – so I hope Punk kicks his teeth down his throat before he makes him tap out with the Anaconda Vice! The wildcard in this match is Paul Heyman himself (and his latest protege, and Intercontinental Champion Curtis Axel). That said, Punk is going into this as the underdog.  Week after week, Lesnar has battered Punk and Heyman has evaded Punk’s grasp.  At SummerSlam though, I think Punk gets his hands on Heyman and gets the one-up on Lesnar, who seems destined to lose when it counts in his latest WWE run.

Predicted Winner:  “The Best in the World” CM Punk

It was only a matter of time before WWE’s top two stars collided.  Over the last year, Daniel Bryan has become wildly popular with the WWE Universe.  Heading into the summer, Bryan was rumored to begin a program with champion and company face John Cena.  Cena, who took the strap off of The Rock at WrestleMania 29 is having an incredible year – but a rumored injury and time off – may be the nail in his history-making 11th reign as WWE Champion.  There’s no doubt in anyone’s mind that Daniel Bryan deserves this opportunity to carry the WWE title and that’s why I think his momentum is unstoppable – the WWE Universe wants this – they’ll be chanting “Yes! Yes! Yes!” the entire match.

WWE COO Triple H is the factor in this match though.  He’s rumored to be turning heel and that may spell disaster for Daniel Bryan.  Then again, Money in the Bank winner Randy Orton is absent from the card and has been lurking in the shadows of John Cena and Daniel Bryan’s feud – I suspect a cash-in may be in order.

However, I think WWE may take the title off Cena, and then rob Daniel Bryan of his opportunity and the WWE Universe of their desires.  I think a pedigree from Triple H to Daniel Bryan and a cash in by Randy Orton should leave the WWE with their desired heel turns of Triple H and Orton while seguing into their next feud:  Randy Orton vs. Daniel Bryan.