This week American Horror Story fans witnessed the finale of Coven, the franchise’s most successful season yet.  Many people (myself included), in typical AHS fashion, were left craving for more from the bewitching season – and we wanted answers to all of our now lingering questions – and ideas!

In an exclusive interview with Entertainment Weekly, show creator Ryan Murphy said he’d considered a spin-off series just for the ladies of Coven, but that he was “never” returning to “something we’ve done.”  So much for all those lingering questions and desires to know what happens next for the women who graced the halls of Miss Robichaux’s Academy for Exceptional Young Ladies.

So I thought, to have a little fun, I’d do a little story planning and character arc projections for what could happen if Coven had continued:

What happened:  Misty Day isn’t the supreme after all.  The last time we see her, she’s in hell on loop – she uses her resurgence power to reanimate a [dead] dissection frog, which the teacher comes and instantly slices open – this is how Misty will spend eternity.  Her physical body disintegrates and she is no more.  Tragic.

Projected Story/Character Arc:  Early in the series, Misty is burned at the stake.  Then she brings herself back to life and hides in a swamp (before ending up at Miss Robichaux’s Academy).  Using the power of resurgence, I suspect Misty Day would find a way to bring herself out of hell and back to life.  Free from hell, Misty would turn from the good-natured Stevie Nicks-loving witch into a formidable foe intent to exact revenge against the Coven for “not saving” her and allowing her to endure such torment…and you thought Fiona was bad. #MistyDay #VengeanceOfMistyDay 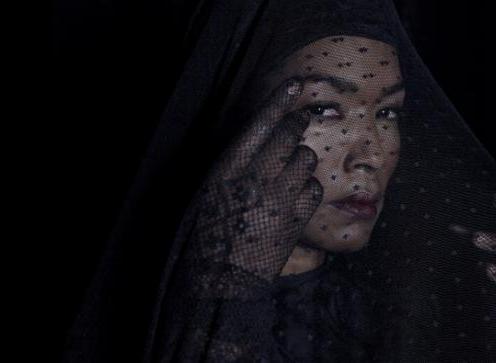 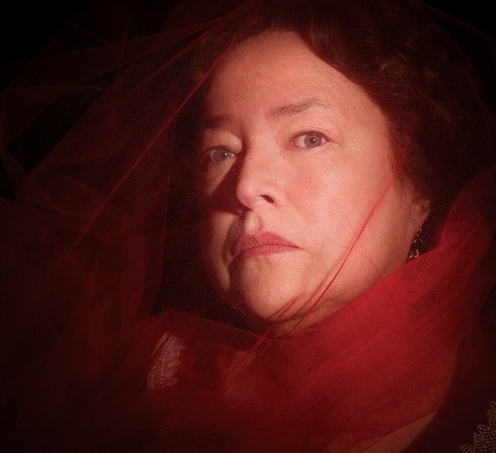 What happened:  Delphine LaLaurie finally gets her hands on “The Voodoo Queen” Marie Laveau!  LaLaurie dismembers Laveau and buries her body parts all around New Orleans.  Since Laveau can no longer honor her end of the bargain with Papa Legba, her immortality is revoked – as is LaLaurie’s – and the two are now subjected to eternal hell with one another.

Projected Story/Character Arc:  The Coven is revitalized – witches from around the world descend on Miss Robichaux’s Academy.  Laveau and LaLaurie are, without a doubt, going to become topics in the house among these new witches.  I suspect Madison wasn’t the only curious little bitch witch intent on creating a Frankenstein – so it should go without saying that a trio of new, rebellious witches will find (the pieces of) and bring back The Voodoo Queen (and Delphine LaLaurie, since they’re immortally linked).

Now that she’s back, the truce will end, and Marie Laveau, along with her “insider” recruits/followers will wage a war against the Coven for supremacy of New Orleans.  It’ll take a special hex or bargaining by Cordelia to keep Marie Laveau at bay.  Meanwhile, Delphine LaLaurie relocates to a small town just outside New Orleans to continue her torturous ways – through new means she has never imagined (sinister discoveries! Trial and error!).  Once she’s “experimented” for a while, she’ll begin building a new witch/voodoo-hunter corporation (Delphi Trust lends its name quite nicely).  #TheVooDooQueen #DelphiTrust 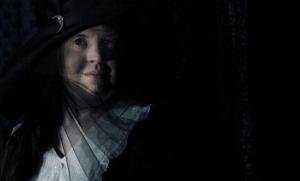 What happened:  Nan, who was slowly becoming a powerful witch, was killed-off by Fiona and Marie Laveau and her soul was given to Papa Legba.  That is all we know.

Projected Story/Character Arc:  I’d like to believe that Nan isn’t going quietly into the darkness to spend eternity with the devil.  She’s a powerful witch – perhaps her clairvoyant powers can help her escape what is likely a short-cycling hell on repeat.  She could expand her horizons and begin her afterlife collision course with Fiona.  Nan had started to become a little darker throughout Coven, I suspect hell is where darkness consumes her. #EvilNan

What happened:  Fiona fakes her own death only to be confronted by the new Supreme, Cordelia, in the season finale.  She regrets the time she never had with her daughter and dies in Cordelia’s arms.  She is, as per the agreement with the Ax Man, subjected to hell that smells like “fish and cat piss,” full of regret and left yearning for more time with her dear Delia.

Projected Story/Character Arc:  Fiona was a bad woman.  A very bad woman.  She has a tragic, yet fitting end to her story.  She is right where she needs to be.  In that final shot of her, we see her clinging to The Ax Man while Papa Legba looks on and mockingly laughs – but if we learned one thing about Fiona this season, it’s that she’s a woman who always gets a one-up.  The Ax Man will be easy work for Fiona, and Papa Legba isn’t safe – a woman – er a witch –  will take over hell – and the new ruler will be crowned.

Once she’s rid hell of Papa Legba, Fiona will run a “whole new show” until she comes face to face with Nan.  Fiona and Nan will engage in a battle for supremacy of the afterlife.  Witches rule hell – but in the heat of the battle, Fiona will frantically begin looking for a way out – a way back to life.  This distraction will be her downfall and Nan’s evil turn will be complete.  Time for her to start haunting the living and buying souls.  #NanVsFiona #MamaNan #ByeByePapaLegba

5. Cordelia, Spalding, the baby, and Madison

What happened:  As you already know, Cordelia became the Supreme. Spalding was murdered – now, he haunts the attic in Ax Man fashion.  He “advises” those who can see him, to get certain people out of his hair.  A couple episodes before the finale, Spalding finally gets a living “doll” (the baby Maria Laveau had stolen!).  We never receive closure for the baby – what happens to the baby!?  And in the end, Spalding takes Madison’s body (again) after Kyle murders her.

Projected Story/Character Arc:  First things first, Madison is dead.  Kaput.  Done.  She’s not coming back.  Or maybe she might (but not likely).  She is now Spalding’s rotting corpse bride/doll.  Her stench attracts mild attention at first – from the “insiders” recruited by Marie Laveau.

Marie Laveau showed affection for the baby – now she wants it back.  She’ll have her “insiders” do the bidding – and send them through the house in search of it.  Here they’ll confront Spalding – and discover Madison’s body.  The Voodoo Queen will teach them how to rid the house of spirits and instruct them to bring her the baby.  One night, after performing their ritual in the attic, Spalding will be dispelled from Miss Robichaux’s Academy forever.  But once Cordelia discovers them in the attic, the baby will never leave the house.  Instead, upon learning of the new witches’ betrayal, Cordelia will expel the girls and become aware of Laveau’s renewed war against her Coven.  Cordelia will keep the child to raise as her own (since she can’t physically have children!) – giving Marie Laveau a new sense of sinister purpose.

Marie will use the child to torment and mentally unsettle Cordelia.  Using her black magic and a voodoo doll, she’ll turn the baby into a nightmare for the reigning Supreme. #CovenBaby 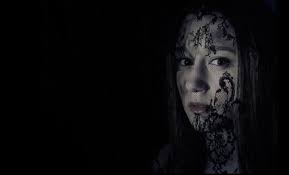 What happened:  Neither of them are the Supreme, but they are welcomed into the house and appointed by Cordelia as the new Coucil! They’re her right and left hands.  Kyle is the new Spalding.

Projected Story/Character Arc:  Queenie and Zoe make up the new Council.  They’ll have their hands full mentoring and dealing with new and misbehaving witches and performing the Coven’s own set of witch trials.  When they’re not dealing with the witches, they’ll be learning of the newly formed Delphi Trust and be tormented by “visions” of a vengeful Nan and Misty Day.

They’re the Coven’s first line of defense which will be flawed by Zoe’s distraction with Kyle.  There’s a new group – a large group – of witches in the house.  Kyle will be more than distracted – some of the girls will be more than eager – and Zoe will be a little more or less, jealous.  Zoe’s fixation with Kyle and petty squabbling with some of the new girls will leave the Coven vulnerable at the most inopportune moment.

Delphine LaLaurie and Misty Day will form an alliance – and it’ll work because of how upset Cordelia was when Misty died.  Misty, on the Delphi Trust “payroll,” will be welcomed back into the house by Cordelia – and that’s when the true horrors begin and black witches go missing (they’re shipped back to a newly experimental Madame LaLaurie)!  With Zoe distracted, Queenie disappears (and wakes up – bound and gagged – for the “entertainment” of Delphine).

What Have I Done?

I’ve set them all up for my own, not-to-be-revealed final episodes.  The Coven will be under constant threat/attack – from all angles.  Will they survive? Could they survive?  That’s for you to decide.  So what’ve you got?  How do you think it all ends?

Nan rules hell.  Cordelia is distracted by Marie Laveau’s baby voodoo. Queenie is at the mercy of a newly experimental, and far more sinister Delphine LaLaurie.  Misty Day is vengefully working with LaLaurie’s new Delphi Trust – and she’s inside the Coven.  And Zoe and Kyle’s distracting love leaves them both vulnerable and unable to “see.”