The Bobby James Awards have celebrated excellence in film, television, music and professional wrestling for over a decade. This is the best of Television 2016, let’s begin with a new award!

FX’s political spy drama The Americans always sets the tone with outstanding promotional art. This year’s collection of images was so stylish and gripping, that I couldn’t help but create an award to celebrate digital and print advertisement.

Television Series – Drama | This is Us (NBC)

NBC hit a home-run with This Is Us, a network drama about humanity that follows the lives of the Pearson family. It’s exquisitely acted, supremely written and is by far, 2016’s breakout drama on all of television. Each episode reminds us how fortunate and human we all really are – and I bet the tissue companies are just as thankful, because this show that confonts every feel imaginable.

Lead Actor in a Television Series | Milo Ventimiglia – This Is Us 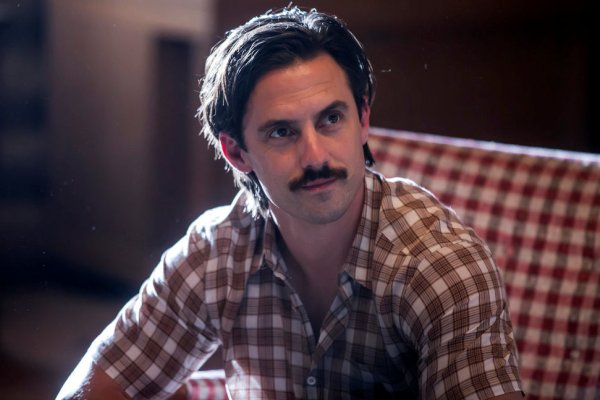 Ventimiglia returns to excellence as Pearson family patriarch Jack. It’s a defining and matured role for Ventimiglia, who works through nuance and captivates audiences as the heart of the Pearson family.

Fun-Fact: Did you know? This is Milo Ventimiglia’s third (record-setting) Bobby James Award for television. He previously claimed Supporting Actor (2007) and Leading Actor (2009) for Heroes.

Supporting Actress in a Television Series | Chrissy Metz – This Is Us 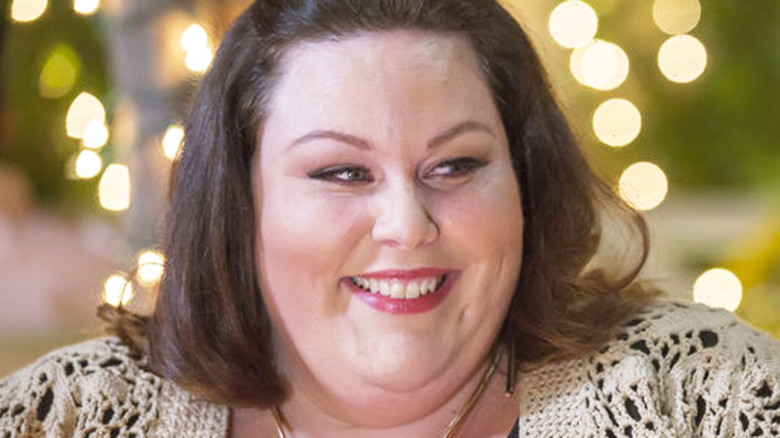 Chrissy Metz portrays “Kate Pearson,” a beautiful woman trying to balance the guilt of her father’s death, obesity and love. She’s an everywoman who is charasmatic, relatable and vulnerable in every way imaginable, and because of that, she’s endearing and an easy character to love and hope for.

“William,” as he comes to be affectionately known is a tragic character who’s offered a second chance at life and many moments of redemption. Originally created to be a short-lived character, the gravitation of Ron Cephas Jones meant a character expasion and a promise of being seen again in the future. He’s a lovable character, and one of the series’ many highlights. “Capture the moments of your life.”

Favorite Television Character | “Kate Pearson” – Chrissy Metz – This Is Us

You selected, with 23.5% of the vote, “Kate Pearson” as your favorite television character of 2016. 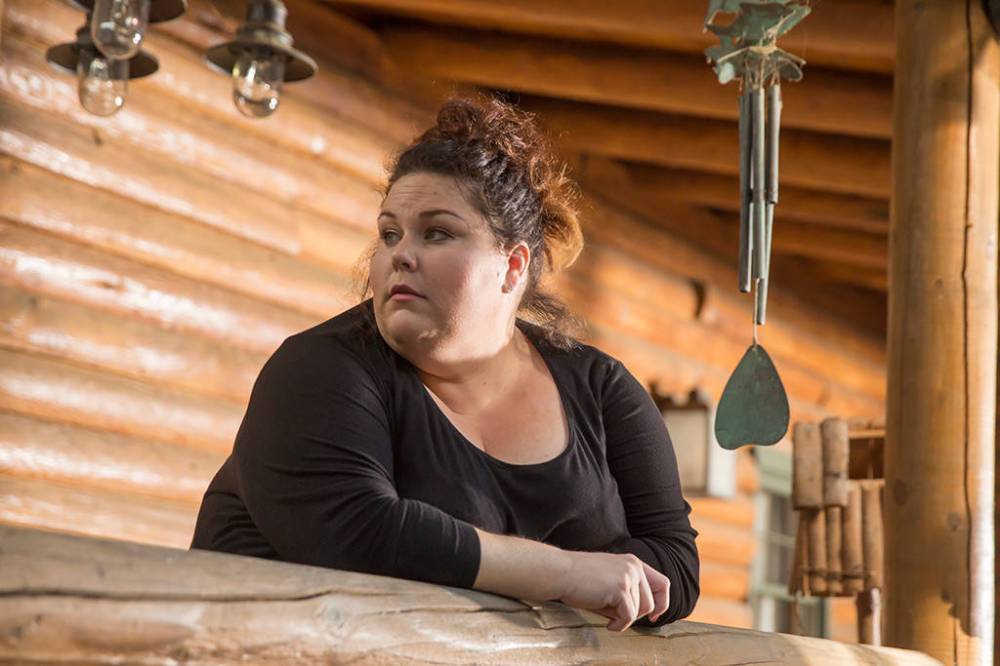 Runner Up: “Raymond Reddington” from The Blacklist (17.8%)

Favorite Television Series | This Is Us

By one of the widest margins in a Bobby James Awards fan-voted poll, NBC’s This Is Us was selected as your favorite television series of 2016, with 44.44% of the vote.

Runners Up: The Americans, Game of Thrones and Stranger Things (11% each).

Rachel Maddow proved to be an essential voice, and rose to new heights as a primetime host during the tumultous 2016 Presidential Election. Maddow’s stock has soared since, and she’s become a trusted, or polarizing figure. You decide – but her presence is unmistakable and her insights are rich and welcome.

HBO’s western science fiction drama transported viewers from a high-tech compound into costly alternate reality in the form of the wild and lawless west. The scenery is striking and harsh. The desert is a work of equal parts imagination and a bleak and desolate landscape that assumes a sinister identity all its own.

It’s hard to deny the Olympics a spot of recognition as the premier reality competition, especially with the talents of Simone Biles, Katie Ledecky, Ashton Eaton, Usain Bolt and Michael Phelps on display. There were many incredible athletes and many incredible moments (now if NBC could have had an incredible commentary team, it would have been even more spectacular).

Authenticity is oftentimes achieved by plot points, diction and set and art design. Other times, it’s through lighting. In the case of The Americans the Cold War era provides a backdrop that could be easily derailed had the costume designers delivered anything over-polished or overdesigned. Thankfully, they’re true to the era and the costumes validate the reality of this moment in time.

Lead Actress in a Television Series | Keri Russell – The Americans

The Americans has existed as a simmering and underrated drama on FX. The show has earned praise for its masterful writing, but the cast that brings the story to life is all the more impressive, particularly Keri Russell in what will be regarded as a career-defining role. “Elizabeth” is the Jennings family matriarch, the more ruthless spy and assassin and the strongest character in the dark, Cold War era. Russell has an undeniable presence that keeps striking again and again and again. She gives painfully chilling performances that rank as some of the best in television history.

Fun-Fact: This is Keri Russell’s second win in this category (she was previously recognized in 2014) for this character, tying Mariska Hargitay (Law & Order: SVU) for the most “Lead Actress” nods.

Sarah Paulson delivers one of her greatest performances to date as “Marcia Clark,” the ruthless, yet disadvantaged (sexism is a truly ugly thing) prosecutor in the highly public trial of O.J. Simpson. Paulson adds depth and humanity to Clark, and evokes a sense of empathy from the audience, as she confronts every struggle in the realest ways possible.

Josh Hartnett earned critical acclaim for his return to form in Penny Dreadful. For the duration of the show’s three seasons, he reminded America why he was one of the most promising and fastest rising stars of the new millenium. It’s good to see him back, but it’s a bittersweet farewell to “Ethan Chandler,” the wolf of God, in the horror genre period piece. Hartnett taps into his emotions more deeply as his true love “Vanessa Ives” (Eva Green) escapes her perpetual melancholoy and torment to meet their lord in the finale.

Kathy Bates joined American Horror Story in its third season (“Coven”) as Madame Delphine LaLaurie, a sinister and blood-thirsty slave owner. The role rivaled her Oscar-nominated performance in Misery. Who knew it could be rivaled or perhaps even topped by her unhinged, murderous and truly frightening performance in “Roanoke” as “The Butcher.” The many unsettling moments are possible because of Bates’ talent as an actress – and for a moment, you wonder about her real-life sanity. Bravo!

As “Christopher Darden,” Sterling K. Brown introduces audiences to his true talents as an actor (which serves as a precursor to his turn as “Randall Peason” on This Is Us). Darden is a character stifled at times by racism, though he rejects each and every instance of it, and serves as a prime example (in both shows) of how black men can be in America, and in the ways they should be portrayed more often on television. He is an empowering character and dark horse for the premiere installment of Ryan Murphy’s American Crime Story.

It’s hard name a more influential, or noteworthy guest-star than Kate McKinnon or Alec Baldwin. Her appearance as Hillary Clinton during the campaign had many highs — but one memorable, emotional cold open represented 65 million votes. McKinnon’s “Hallelujah” was a talked about media moment and one of the most powerful moments of television in 2016.

His appearances, mocking and imitating Donald Trump, on the long-running SNL were both harrowing and hilarious. The absurdity of the character, when juxtaposed to the model, makes one wonder how at the very least, this wasn’t the end of it? But the character lives on and the actor that gave it life made a yuge splash in the headlines during the election – and that is, after all, the actor’s job (to bring noteriety to their series). 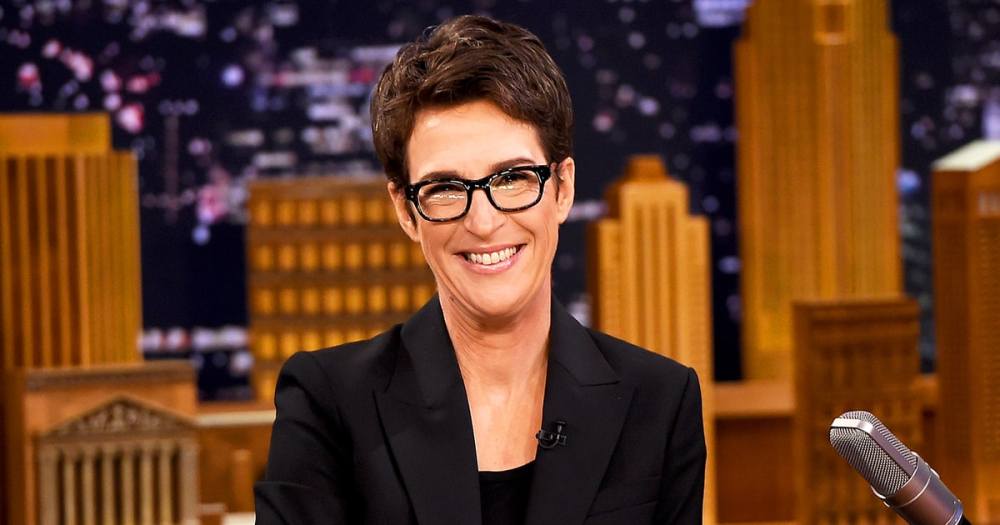 I’ve already noted how important Rachel Maddow’s analysis and commentary were in 2016 – and how her stock rose in the primetime slot with The Rachel Maddow Show. She’s quickly become one of the most prolific and important voices in American political analysis and in all of cable news (Don’t believe me? She’s on the July 2017 cover of Rolling Stone Magazine).

Ava DuVernay partnered with Netflix to create 13th, a chilling look at racial inequality in America – and the role injustice plays in the imprisonment and mass incarceration of African American men. The documentary weaves its story through America’s troubled past to confront racism, from slavery and the civil rights movements of the 1960s to the declaration of the war on drugs in the late 1980s and early 1990s.

For years, the reboot of Teenage Mutant Ninja Turtles has consistently delivered, and is perhaps on the verge of equaling or surpassing the original. The animation style is contemporary and pleasing, the storyline is consistent (and has spawned multiple beyond-series features). 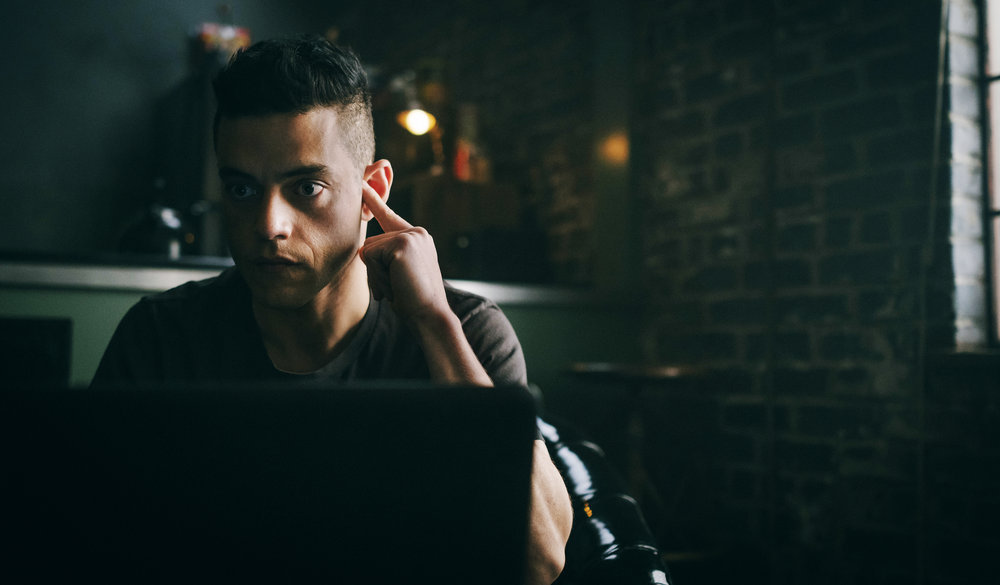 Mr. Robot’s sophomore season was markedly darker and more introspective and psychological than the first. The neon themes were darker and more alluring, but simultaneously more dangerous. Season two felt and looked different, and the world we entered was a great deal more unnerving.

In addition to the marked darkness brought forth by Tod Campbell and Sam Esmail, Mac Quayle’s haunting and at times horrific score created tension and unease. The series soundtrack has been a standout element because it enhances the danger of the world Elliot is living in – both real and imagined.

Director and creator Ryan Murphy’s latest effort American Crime Story: The People v. O.J. Simpson was a period piece, and inspired-by-true events thriller that transported viewers back to the highly publicized O.J. Simpson murder trial. To an entire generation, this is a fictionalized will provoke discussion and inspire as much thought as the generation that came just before it. Murphy’s adaptation leaves no question surrounding O.J.’s guilt, and it highlights the inequity and sexism Marcia Harding faced during the intense trial.